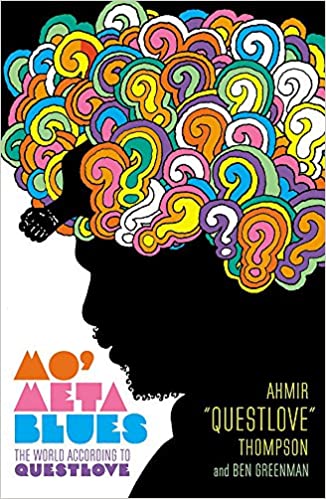 Maybe around 2004-2005 I ran into Questlove at the Sprint store on Peachtree Street, (the main one not one of those side street ones!). It was not such a great time for your dear old friend Eiliyas as he was barely making enough while working at the University library and supplemented his income by selling his own CD’s out of his backpack. Now I know that you hear about artists selling their first CD’s out of their trunk but my 85 Honda Accord was so raggedy that I am sure that someone would have called child services on a grown man as no one should consider such a decrepit form a transportation a viable means of transit. I had made enough that day to get my phone cut back on and to get a decent dinner (The 1.99 2 piece 2 sides and a biscuit box from Mrs. Winners, hell I did so good I got 3 and shared it with my brother).

As I walked into Sprint to pay the bill I bumped into Jay Carter, who was hosting number of Neo-Soul-ish events around the time. His guest this weekend turned out to be Questlove. Being in hustle mode still and adorned with the colourful sack filled with merch I gave him the usual spiel… “1 CD for 10$ or all 3 for 20$. Be warned, this music isn’t for everyone but is good for your soul!”. He looked in his wallet and saw only a hundred dollar bill and handed it to me saying he wished that he would have thought of that hustle. Graciously I thanked him and dodged the side-eye Jay may or may not have been trying to give me.

I’m saying all of this to say that when reading this book it’s a reminder of his honest to god caring, empathy, humility and humour and how it permeates throughout all of the projects that he has been involved with over the years.

Any fan of The Roots or any variation of Neo-Soul should definitely have a good and easy time with this bio. If anyone may want it I could bring it by for them to check out! (edited)