Fall 2001. Senior year of high school. Slipknot’s “Iowa” and System of Down’s “Toxicity” were the staples in my Sony CD Walkman while working on the weekends as a bagger at Schnucks grocery store.  My favorite 90’s hip-hop acts started to wane into their mediocre periods and Jay-Z’s “The Blueprint” continued its meteoric rise. At this point, I was already veering more into exploring electronic music after being seduced into the palettes of Massive Attack, Tricky, Bjork, Radiohead’s “Kid A,” and DJ Shadow. I was hungry for something new but I wasn’t sure what – a sound, a persona, an aesthetic perhaps, but something that was more of an unspoken kindred energy. At that point at the jaded age of 17, many of my favorite artists had officially reached, or were very close to their peak, and I wanted something that felt like mine and exciting again.

Having HBO in my room as a teenager was like having a secret portal into a more perverse and honest portrayal of the world than what normal television programming offered.  Todd McFarlane’s Spawn” animated series, The Sopranos, Oz, and Real Sex  defined mid-late 90’s premium programming for an impressionable nightowl with time to kill between dial-up internet Napster downloads.

The man who brought us “Pootie Tang” and “No Sex in the Champagne Room” had a late night talk show cum sketch series. It was everything that Conan O’ Brien or Dave Letterman could never be. Even the musical guests were on the fringes of hip-hop, alternative (though I hate that term and most of the music associated with it), and groups ranging from burgeoning acts or established, fringe-sitting veterans.  On the night in question, I remember Rock introducing a guest…a bearded cat that looked like Brother Voodoo and Jim Morrisson. Then the music started…sparse dissonant guitar with only the lingering, spoken word by way of blues delivery of lyrics that blurred and danced along the lines of literature, mysticism, existentialism, Black and hip-hop culture, and all of this with a vulnerability and rawness.  I was mesmerized after the song finished. I checked TV Guide and found out exactly when that episode would re-air, set my VHS recorder, and watched that performance over and over until I could track down the CD – Amethyst Rock Star. 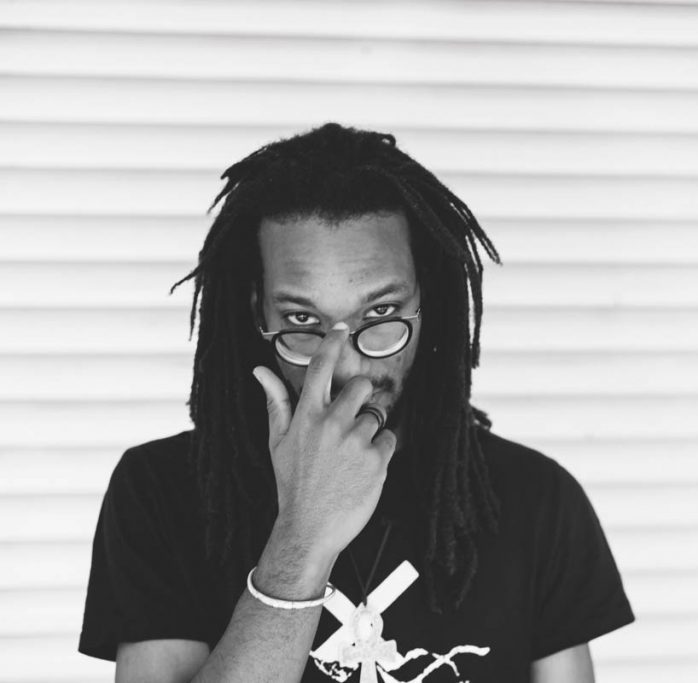 Jon-Carlos Evans is a Berlin based filmmaker, audiovisual artist and writer. Under his musical alias Klaas von Karlos, Evans is also is the founder of experimental-electronic collective ReVerse Bullets and creative director of the GLITCH performance series/music label.

To buy in Europe