What’s Going On by Marvin Gaye
via Yamin Semali

When I moved to LA in ’06 I was working at the airport and would ride the bus(the 42A) and it would drop me off in Crenshaw. In the mornings when I would walk to the station I would always play Marvin Gaye What’s Going On?. I was playing that album out Bro! It was my daily album. I don’t even play albums like that, and I played that one over and over. That’s the only album that I’ve played over and over. “God is Love”, “What’s Going On”, “What’s Happening Brother”… All of those joints make me think about LA. Baldwin Hills, Crenshaw, walking around the mall, taking the backstreets up the hills, hiking and heading up to Kenneth Hahn Park. That was pretty much like my everyday sermon for a year. All of those songs put me right back there.

I think that one of the things that made me keep going back to it was the sadness. He was basically crying for everybody. Putting himself in the shoes of others. He was the only one who put himself in the shoes of a drug addict on a song. Just really crying out for our people, our plight. At that time I was too. I was thinking that everything regarding black people was tied to our spirituality. You can’t really create a change in our state without getting that right. And that’s what I was focused on at that time. The thing was is that I was young at that time and hadn’t really gone through a whole lot but that was when I was trying to open myself up and be empathetic. I was just opening myself up to other people and their pain. It’s just he(Marvin) articulated it so well, and it really informed what I do.

It’s the truth yo. Marvin is the pain professor. It wasn’t sad as it was so dope. But, it ultimately was all based on a particular sadness. 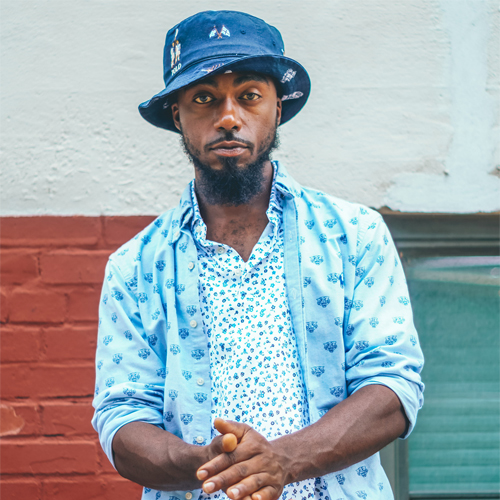 MC/Producer/DJ Yamin Semali, ATL’s most prolific leader of the culture. World-traveled, his latest and soon-to-be released work is in collaboration with the DMV’s Dublohskytzo. Stay tuned!

To purchase What’s Going On by Marvin Gaye click here