Michael Stearns’ Planetary Unfolding is a special album for me. If I had to choose a song that was the most significant then it’d have to be the first song from the album “In The Beginning…”, but really it was the full album experience that would lead me on to a new exploratory path of experimenting with New Age music personally creating it, sampling from it, and playfully exploring the culture of it. It was the introduction of this album that led me to meet and work with Laraaji.

I was going through a really rough break-up ending a partnership of nine years about, when I was invited over to a deep record collector friend’s house in Los Angeles. We caught up , walked around the neighborhood, got some food, then returned to his home to listen to some records on his hi-fi turntable and speaker equipment. He points to an album sitting on an altar and says to me “how about that one? pretty cool huh?” thinking I knew about the record as a prized possession and would exclaim my enthusiasm for his ownership of the item, but I had no idea. I said “honestly man, what is it?”, and he immediately threw it on and asked if I had a solid 40mins or so to just listen on his couch via his hi-fi system – I naturally agreed and what proceeded was a life-altering listening experience. Not sure I’ve yet to ever feel so healed, and nurtured by music. This is quintessential space music from a master electronic/ambient composer that somewhat is still often overlooked – I think because of his new age affiliation, anyhow, I remember i kept thinking to myself “this is the holy grail of ambient. This is It. everything makes sense in this moment”. It was a total epiphany moment. I realized that a newness, a discovery, a reveal can be found and refound again throughout our lives and the seeking/discovering really never ends in music <3 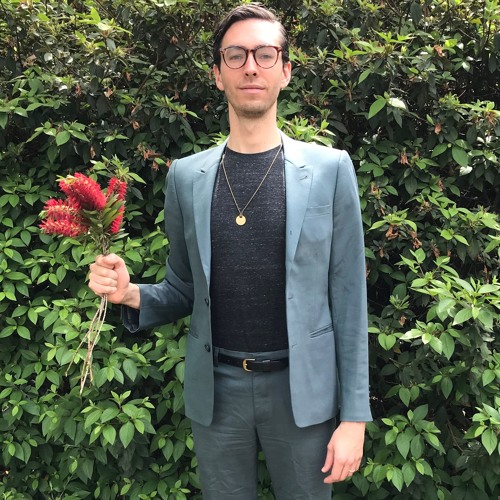 Matthew David McQueen better known by his stage name Matthewdavid, is an American record producer and DJ based in Los Angeles, California. He is a co-founder of Leaving Records.