Tamborine by Prince
via Afrikan Sciences

Prince was easily a huge influence for me. I even still remember being a kid and wilding out whenever “Let’s Go Crazy” came on. I always imagined the scene where Prince was wilding out smashing up his father’s sheet music, so I had to recreate that. So when I played the tape I had to smash up my room, throwing all of the toys out of the toy trunk, laying on the floor and kicking around and such, ya know, going crazy!

I still remember when the follow-up Around The World In a Day came out. I simply had to cut school to listen to it. It came out when I was about 10. 10, 11, 12 were big Prince years for me.

I think I got a whooping at the end of the day. I basically had done a Ferris Bueller and told my folks I was sick. I can’t remember what I said exactly but I think I told them I had a stomach ache, the room was spinning, or something like that acting like I didn’t feel well. Until they left. Then, I got caught when my grandma came by to check on me and I didn’t seem so sick. That music healed me up though! The combination of a new stereo system in the house and the new records made the temptation too great. I had to do this! My sister had just got the album the same day she got King Of Rock.

Anyway, coming off of Purple Rain I didn’t know what to expect, but you know he had to have good follow-up after such a huge album like Purple Rain. It definitely hit me with a Beatles vibe straight off from the first notes of the album and “Raspberry Beret”, which was cool cause I was always a big Beatles fan growing up. Sergeant Peppers was like THE joint, my pops used to rock that heavy so when I heard that I was like oh this is cool!

I would love to listen to Pop Life and was bugging when I first heard that slap delay on the vocals ya know. I was bugging when I heard it. I was like YOOOOO it’s like 2 of em almost and they’re slightly behind each other! I mean those are just little details that made me feel like this is more than just music, and if you just listen there’s more that you can get out of it. This is a medium where you can do a lot more than just a catchy tune. You can do other things with it. “Condition of the Heart” was cool and gave a Purple Rain vibe, being all dramatic with the thunderous pianos and crescendos. When “America” came on I thought I broke the turntable though(thought I was really in trouble!!!) “The Ladder” and “Temptation” were also quite Purple Rain-ish.

The first song that really blew my mind though was “Tamborine”! Tamborine man was like WHOA! Firstly it reminded me of “The Numbers Song” on Sesame Street. It also let me know that he was going somewhere else with it, like the era of Purple Rain was over and he was going forward. It was just so basic and funky! I didn’t know what he was talking about with tambourine but it was just so simple and funky and rhythmical, and those vocal arrangements! Tambourine? What is this song about? Is it an ode to his tambourine? Really, what was he talking about? It was all so strange. I just thought it was complete genius! It was something about the feeling of it! Tam- bo – rinneeeee!!!! 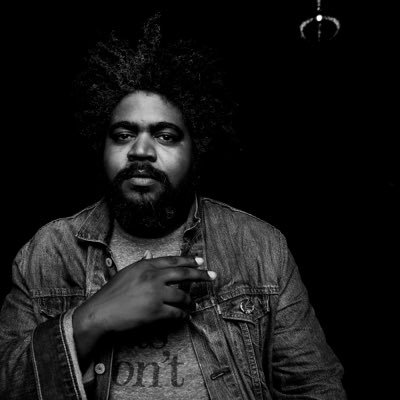 Eric Douglas Porter is one of the most expansive and intensive musical torch bearers of modern experimental composition. A self taught multi-instrumentalist and a true outsider, he challenging the canon and the limitations of musical expression through his complex yet mind opening rhythmical and sonic woven formations.

To buy Around the World in a Day in Europe