Who’s Gonna Take the Weight by Gangstarr
via J Scienide

As a kid, I grew up watching Yo! MTV Raps after school. It wasn’t the one with Fab 5 Freddy, but the one with Ed Lover and Dr. Dre. I’d end up talking about it with the older cats at school about music we were into. A lot of tapes I would just go ahead and buy before I saw the video or I thought the artwork looked good.

I remember one of the first ones was No More Mr. Nice Guy. I used to practice trying to scratch emulating DJ Premier’s scratches in “DJ Premier is in Deep Concentration”. I really liked that album and not too many people I knew had it. I always knew this Gangstarr group was dope! The next thing I know Step Into the Arena came out, and I didn’t have it yet. But I remember sometimes on Yo! MTV Raps Dr. Dre would play instrumentals between vids and commercials, and this one time they played the instrumental for “Who’s Gonna Take the Weight”. I was glued wondering, “What is that?!”. This is before the album came out because the first single was “Just to Get a Rep”. I was always wondering what was it? How can I find it?!

When I found out what it was, it was through the video. I still remember I was sitting on the couch. I had some Little Debbies… It was a Little Debbie’s Fudge Rounds. Ayo, when I saw that joint, I just dropped the Fudge Round on the table! I had never done anything like that before, but now I get to hear this beat, along with Guru rhyming and seeing the visual with the fatigues and it was the first time of seeing it so vivid.

What really flipped me out though, Premier with the turntables! He had both turntables on the left and the mixer on the right and I was like “WHOA!! WHAT IS THIS!!”, cause you just don’t see shit like that. It was also just something about that beat! It was like a sophisticated version of The Bomb Squad. And I was always a huge student/fan of the Bomb Squad, Ced Gee, and Paul C(R.I.P.). Matter of fact the first tape I bought was It Takes a Nation of Millions to Hold Us Back. When I first heard that beat and that “EEE-RRRRRRRRRR!!!!!”, it was just bringing you to the edge of chaos and panic. To hear the beats and the scratches! Listen to the scratches yo. If you listen, you can hear exactly how precise DJ Premier’s cuts are. It’s insane!

Then Guru said, “I was raised like a Muslim/ Prayin” to the East”. Wow! Around this time this is when me and my friends were getting into Afrocentricity and straying away from what our parents were believing. They were into going to church and this and that. So when he was like “That’s why I’m down with the Nation…”, I asked these older cats in the neighborhood, “What does he mean? Are they talking about the Nation of Islam?” and my friend Tariq was like “Nawww, he’s talking about the Nation of Gods and Earths”. Next thing I know, me and my friend went to the parliament and got our student enrollment. All that just from that song. I mean that song just struck me to my core! A major factor in my life.

I remember I went to see DJ Premier at the Kennedy Centre here in D.C. and was able to take my kids. He did the cuts live and my kids are hip-hop heads too! When they saw that they were imitating the cuts with their hands. My daughter was 6 and my son around 10-11 (years old). For them to be able to see that. To be able to share that moment with me, cause it was a moment when I was also a kid again they got to see how amped I was, was bananas! 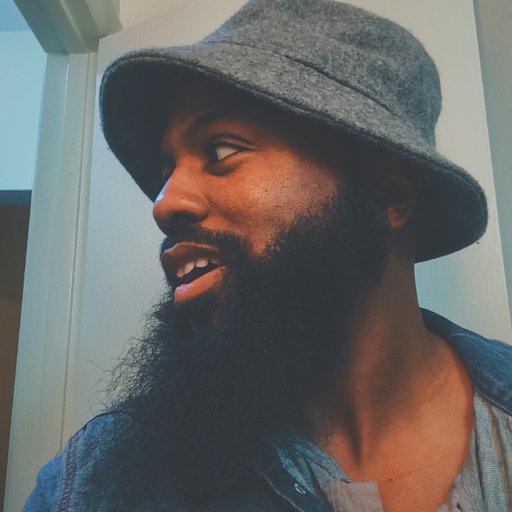